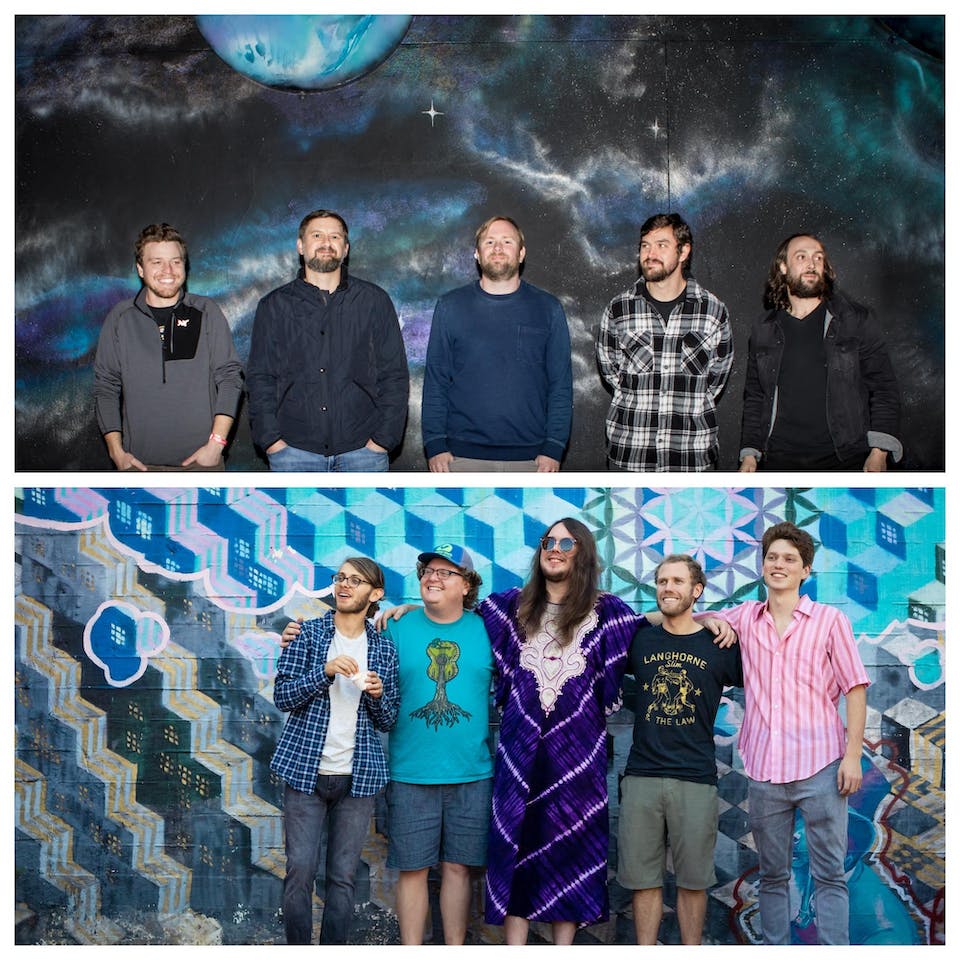 CBDB is a progressive rock, jam-band from Alabama and their music is spreading from the southeast across the nation like wildfire. Defining a newfound, southern blend of joyous and progressive rock n roll, they channel a sonic mix of soulful vocals and virtuosic musicianship with smart, tasteful songwriting. On stage, each member of CBDB fluidly plays between complex composition and loose exploratory improvisation creating an incredible and unique live experience.

With their latest release, an impressive third full-length album titled ‘Out of Line’ - recorded at Zac Brown’s legendary Southern Ground Nashville studio - CBDB is set to take the country by storm. Soaring monthly listeners and followers have further propelled their growth & continue to bring the band widespread attention, interest, and new fans daily. Dive into CBDB's eclectic catalogue of tunes today and catch them live on tour near you soon!

From late night jam sessions at the University of Virginia to main stages at venues and festivals throughout the country, Kendall Street Company has broken the mold of improvised rock and enters a world of jazz-grass infused psychedelic bliss. With no two shows ever the same, word of mouth has quickly grown a ravenous fanbase eager to hear their favorite studio tracks explored and extended as part of a live community. As seasoned KSC fans can tell you, any one of their songs could easily turn from a fun sing-along, into a cacophonous headbanging garage-rock soundscape, to a Klezmer-disco dance party, and then resolve into a peaceful ambient meditation that evokes nostalgia of your childhood.

Averaging over 100 shows per year since 2013, the band is currently comprised of Louis Smith [Acoustic guitar, vocals], Brian Roy [Bass, vocals], Ryan Wood [Drums], Ben Laderberg [Electric guitar], and Jake Vanaman [Saxophone]. For such a young band, their accomplishments are sincere. Kendall Street has performed at festivals such as Lockn’, Roosterwalk, Floydfest, Resonance, and Domefest and has opened for acts such as Papadosio, Umphrey’s McGee, Tauk, and Leftover Salmon. All the while, the band has proudly released three records and two EPs.

Their most recent 2019 release, “Lunar Dude” showcases their versatility and virtuosity, and was met with overwhelming support. 2020 is building up to be the biggest year yet for the band. Along with two (or perhaps three) new records on the horizon, their upcoming Winter/Spring tour will take them all across the country in Woody Guthrie fashion. From Louisiana to Texas, Colorado to Wisconsin, Ohio To Boston, New York City and way more, the band has no intent of slowing down any time soon. See you on the road! 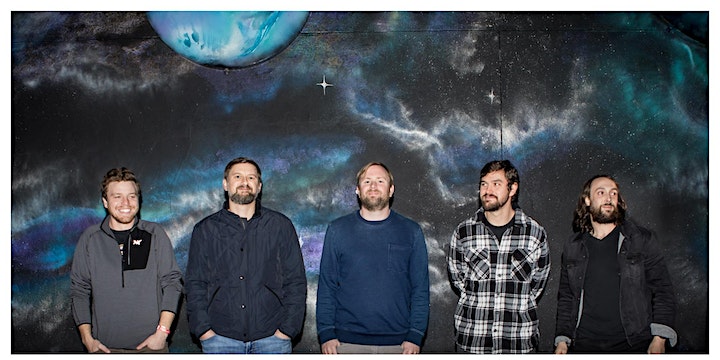