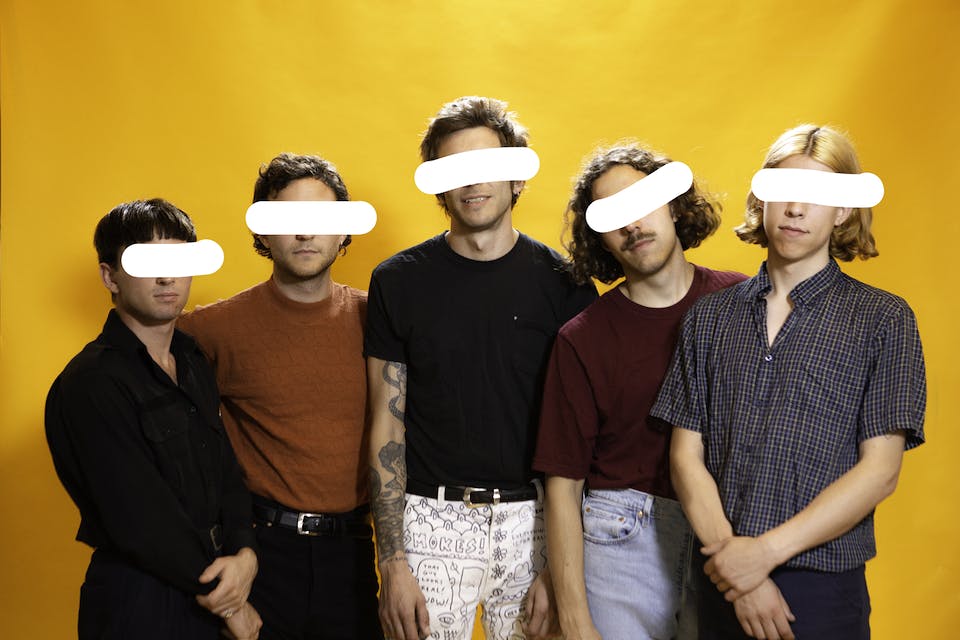 Enter Pottery. Enter Paul Jacobs, Jacob Shepansky, Austin Boylan, Tom Gould, and Peter Baylis. Enter the smells, the cigarettes, the noise, their van Mary, their friend Luke, toilet drawings, Northern California, Beatles accents, Taco Bell, the Great Plains, and hot dogs. Enter love and hate, angst and happiness, and everything in between. Beginning as an inside joke between the band members, Bobby and his “motel” have grown into so much more. They’ve become the all-encompassing alt-reality that the band built themselves, for everyone else. So, in essence, Bobby is Pottery and his motel is wherever they are.

But really, Bobby is a pilot, a lumberjack, a stay at home dad, and a disco dancer that never rips his pants. He's a punching bag filled with comic relief. He laughs in the face of day-to-day ambiguity, as worrying isn’t worth it to Bobby. There’s a piece of him in everyone, there to remind us that things are probably going to work out, maybe. He’s you. He’s him. He’s her. He’s them. Bobby is always there, painted in the corner, urging you to relax and forget about your useless worries. And his motel? Well, the motel is life. It might not be clean, and the curtains might not shut all the way. The air conditioner might be broken, and the floors might be stained. But that’s okay, because you don’t go to Bobby’s Motel for the glamour and a good night’s sleep, the minibar, or the full-service sauna. You go to Bobby’s Motel to feel, to escape, to remember, to distract. You go for the late nights and early mornings, good times and the bad. You might spend your entire life looking for Bobby’s Motel and just when you think you will never find it, you realize you’ve been there all along. It’s filthy and amazing and you dance, and you love it.

The 11 songs on Welcome to Bobby’s Motel – Pottery’s debut album - don’t just invite you to move your body; they command you to. Fusing reckless, manic energy with painstaking precision, the record is part post-punk, part art-pop, and part dance floor acid trip, hinting at everything from Devo to Gang of Four as it boldly careens through genres and decades. The music is driven by explosive drums and off-kilter guitar riffs that drill themselves into your brain, accented with deep, funky grooves and rousing gang vocals. The production is similarly raw and wild, suggesting an air of anarchy that belies the music’s careful architecture and meticulous construction. The result is an album full of ambitious, complex performances that exude joy and mayhem in equal measure, a collection that’s alternately virtuosic, chaotic, and pure fun.

While their 2019 EP No. 1 was recorded in a frenzied two-day whirlwind, the Montreal-based band found themselves with the rare luxury of time on their hands when it came to make Welcome To Bobby’s Motel. To capture the songs, they headed into Montreal’s Break Glass studio for ten days with producer Jonathan Schenke (Parquet Courts, Snail Mail). It might not sound like all that much time to make a record but considering the breakneck pace Pottery was used to working at, it felt like an eternity.

That freedom courses through Welcome to Bobby’s Motel like a jolt of electricity from the outset, with the hyperactive title track kicking things off in a hail of snare drum hits that rain down like machine gun fire. You might not get an explicit narrative on any track, but you’ll walk away with a clear understanding of the emotion at the heart of it. The angular “Down In The Dumps,” for instance, nearly crawls out of its skin with anxiety and panic, while the dreamy “Hot Like Jungle” oozes passion and lust, and the disco inferno of “Bobby’s Forecast” radiates strength and defiance.

While there’s plenty to be enjoyed on the surface of the record, there are distinct rewards for those willing to dig deeper. Sinister single “Take Your Time” reckons with addiction and the dark side of drug use, while the Bowie-esque “What’s In Fashion?” takes a sly jab at modern vanity and narcissism, and the muscular “Hot Heater” parties on a rapidly warming planet. It’s perhaps the infectious “Texas Drums Pt I & II,” though, that encapsulates the band’s sound and approach best of all, building from a cultish chant into a trippy wall of noise as it does nothing more than pay tribute to the simple joys of percussion.

In many ways, Welcome to Bobby’s Motel is a celebration of rhythm and groove, a testament to music’s power to move us, both emotionally and physically. It’s an invitation to set yourself free, to tune out, to cut loose, delivered by a rock and roll band that just wants to see you dance. 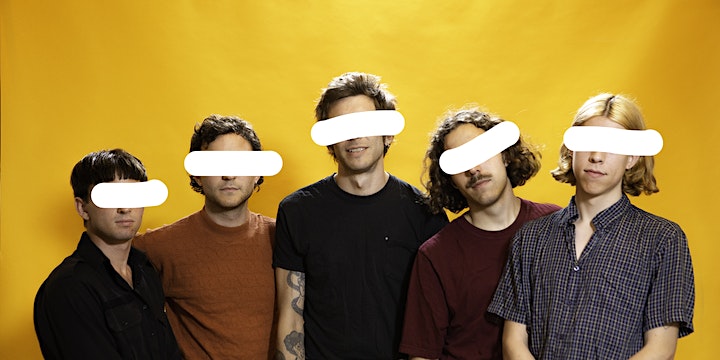