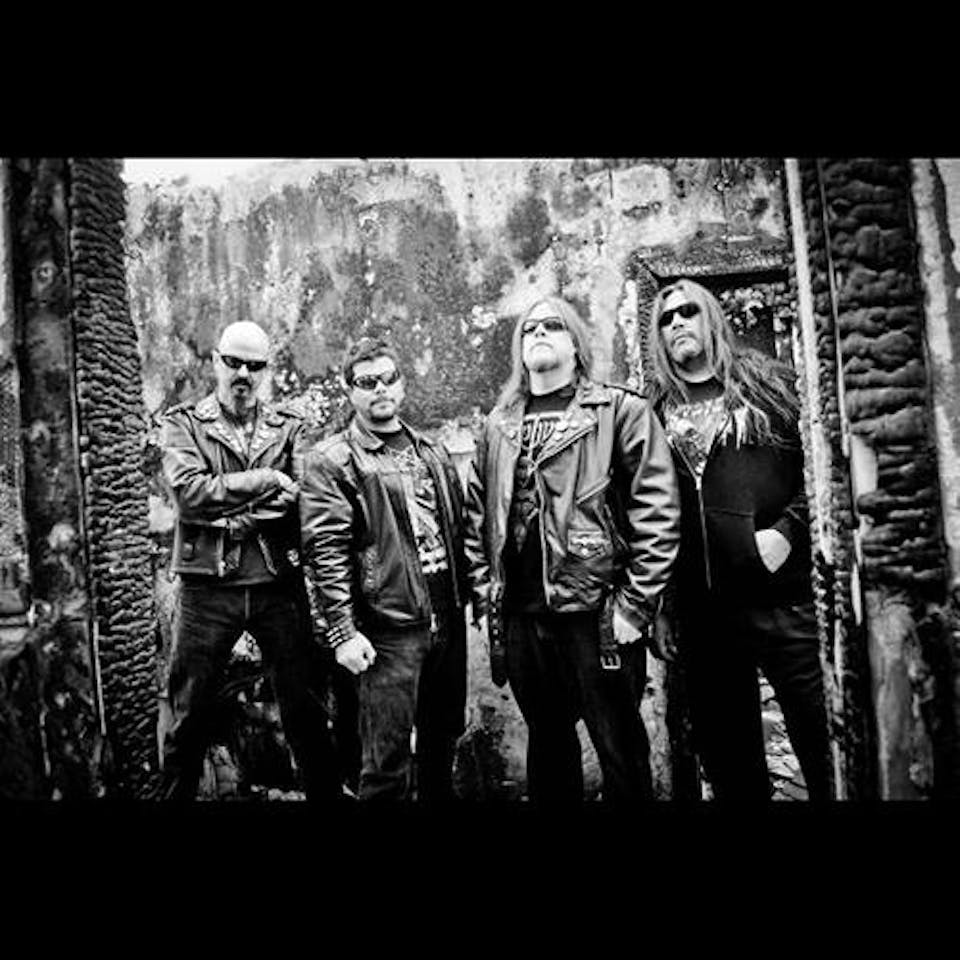 The origin of this vile creation known as Autopsy goes back to August of 1987 in Antioch, California, spawned by the meeting of guitarist Eric Cutler and drummer Chris Reifert, who had recently left the band Death. The two wasted no time in forming a deadly band with a clear vision of creating the heaviest, most brutal music possible. Brief tryouts for a vocalist were attempted but ultimately proved to be futile. In the interest of moving things along, Reifert took on the job of vocalist along with drumming, while Cutler would lend his guttural vocals to the song "Mauled to Death", one of Autopsy's first creations.

Inspired by all things horrific, the band even found its name in the true annals of horror while reading a newspaper article about the manager of the band Bloodbath (Danny Coralles' band at the time) being beaten to death with a lead pipe. The word Autopsy stood out and the moniker was chosen on the spot.

Another outcast from the area, bassist Eric Eigard was brought into the fold and after a few rehearsals the trio entered ATR studios to record the 1987 demo which showed exactly what they had in mind for their mission. The course had been set and a brutal beginning was underway. The band promptly sent the demo tape to anyone who would listen to it and soon the metal magazines were approaching Autopsy instead of the other way around. This was a fertile time for death metal and Autopsy showed no hesitation in staking their claim in this brutal new world.

Soon after the release of the debut demo, Eric Eigard left the band and was replaced by Ken Sorvari on bass. Several local shows were played with Sadus and Hexx, with one of these being attended by future guitarist Danny Coralles who was in the process of being talked into leaving Bloodbath, his band at the time, to join Autopsy by mutual friend Don Chandler. Coralles showed up at an arranged rehearsal/audition and quickly showed he was up to the task by displaying his knowledge of the material from the first demo and learning the songs for the upcoming second demo to be titled "Critical Madness". The true test came with his second time playing with Autopsy which was the recording of the demo in June of 1988. The recording took place at ATR again, and the rest was history.

Copies of both demos were now circulating throughout the underground and soon enough ended up in the hands of Peaceville Records owner Paul "Hammy" Halmshaw due to a recommendation from none other than Jeff Walker of the legendary Carcass. A deal with Peaceville was struck up straight away and Autopsy was set to enter Starlight Sound in January of 1989 to record their debut album "Severed Survival". The one problem that needed to be solved was the departure of Ken Sorvari, leaving the band without a bass player. Friend and bass annihilator from Sadus, Steve DiGiorgio was asked to step in and fill the void which he did with devastating results.

The album was unleashed later in the year and let the world know that Autopsy was a brutal force to be reckoned with. Death metal would never be the same again.

Shortly after "Severed Survival" was released, Ken Sorvari rejoined the band and a European tour was booked for early 1990 with Pestilence, Bolt Thrower and Morgoth. This tour got the message across more strongly than ever and a rabid following soon developed, elevating Autopsy's name to levels previously unachieved before that point.

Interestingly enough, Peaceville began to see troubles regarding the "Severed "Survival" album cover which depicted a person being ripped apart by meat hooks. At that time, sensitivity to images of that sort was high and the decision was made to come up with alternate artwork so distributors could handle this monster of an album.

The decision payed off and another classic album cover was created as a result. "Severed Survival" was re-launched in 1990 and the path to brutality was cut even deeper than before.

As would be the pattern for Autopsy, bass player problems plagued the band again as Ken Sorvari was asked to leave following the European tour.

He was replaced by Steve Cutler, Eric's brother and another European tour was booked, this time with label-mates Paradise Lost. Keeping the momentum going, Autopsy entered Different Fur studios in San Francisco that same year to record the three song "Retribution for the Dead" e.p. which showcased Autopsy's ability to infuse dark crushing doom with their already savage brand of death metal.

In November of 1990, Different Fur was visited again for the recording of the now legendary Mental Funeral album. Both "Retribution for the Dead" and "Mental Funeral" were released in 1991. Around this time, Steve Cutler left the band and again Autopsy had to figure out how to fill the gap. A friend of the band, Josh Barohn had previously left Suffocation and offered to make the trip from New York to California to try out for the band. He did indeed make the journey, by bus, with one bag and his bass across his back. Truly the sign of a die-hard maniac. While Josh adjusted to the Autopsy experience, Steve DiGiorgio stepped in once more to join forces and play on the "Fiend for Blood" e.p. in September of 1991 at Starlight Sound, to add a third release to Autopsy's catalog for that same year.

In June of 1992, Autopsy went back to Starlight to record "Acts of the Unspeakable", their sickest and most extreme album to date. With inner artwork so graphic for the time, Peaceville was actually raided by the authorities fueled by accounts of obscenity. Autopsy was exploring new ways to make even the most jaded metal fans cringe while new levels of bizarre songwriting were achieved, to make an overall disturbing and unsettling album.

Again, the bass player curse reared its head when Josh Barohn left the picture. This would not, however, be the undoing of the band.

A U.S. tour was booked during the summer of 1993 with Freeway Migliore coming along as a session bass player. Freeway, being a friend and the drummer for Immortal Fate also played guitar, so the choice to have him make the switch to bass seemed logical and worked out quite well.

The tour however did not go well and was to be the undoing of Autopsy. The tour was poorly planned, and with little or no promotion saw Autopsy driving long distances for low attendances over a long period of time.

Tensions within the band increased as a result and a rift had formed midway through the tour. The drive to continue as a group had been drained and the end was apparent.

Refusing to end with a whimper, Autopsy made the decision to disband only after playing a farewell show in San Francisco and completing their final album which would be "Shitfun", which was recorded at San Francisco's Razor's edge in November/December of 1994. Bass duties were handled by all three members of Autopsy as well as Freeway Migliore and Clint Bower. This was easily the sickest, most depraved release from Autopsy. Heavy, disgusting and violent, it captured Autopsy's sentiments at the time and signified the final assault upon its 1995 release.

Fast forward to September of 2008 and Autopsy entered Fantasy Studios in Berkeley, California to record two new songs for the 20th anniversary edition of "Severed Survival" for its 2009 release. A limited pressing of a 7" single titled "Horrific Obsession" results as well from the new tracks. This recording was initially meant to be strictly a special treat to compliment the occasion and nothing more. Regardless, the classic Autopsy sound was still as strong as ever and renewed interest in the band began, leading up to live setting requests and general enthusiasm never before seen, much of which coming from a whole new generation of rabid death metal fans.

Finally, after years of vowing that they would never be a band again, Autopsy decides to start performing again and agrees to appear at several metal festivals in 2010, beginning with Maryland Death Fest. Long time friend Danny Lilker is asked to play bass for the live appearances and rehearsals sound more crushing than ever. Joe Trevisano is then confirmed to take over on bass after the completion of the live commitments.

With renewed inspiration flowing strongly, the members of Autopsy began writing new material at a fever pitch as 2010 turned out to be an incredible year for Autopsy and for death metal. The second era of Autopsy is officially underway, heralded by a veritable explosion of blood splattering deathly brutality with the ‘The Tomb Within’ EP, which saw a whole new generation of metalheads bearing witness to the glorious sickness of a band which had lost none of its venom.

The critical reception was universally great, & Autopsy continued writing for their comeback full-length album, to be titled ‘Macabre Eternal’, subsequently recorded early 2011 at Fantasy Studios with Adam Munoz. ‘Macabre Eternal’ was released to universal acclaim, with critics & fans worldwide proclaiming the album to be among the band’s best work ever – no small feat. The legacy of Autopsy was to continue further with the announcement of the ‘Born Undead’ DVD, covering the band’s reanimation, with extensive documentary & live footage from the comeback of the death metal kings.

2013 saw the launch of undoubtedly one of Autopsy's strongest releases of their whole career with the stunning 'The Headless Ritual'; an unnerving soundtrack to darkness and horror in metallic form. In what was a hugely productive period for the band, these recordings were swiftly followed up by more tracks, quickly leading to another album's worth of material, completed once more at Fantasy Studios and released under the somewhat bluntly named 'Tourniquets, Hacksaws and Graves', causing no uncertainty over what to expect from the latest opus from the US legends.

Following on from the release of ‘Tourniquets…’, Autopsy’s next project was an extensive book project and a chance to go back to the beginning and document the full highs, lows & controversies of life in the band over 30 years and their impact upon the metal world. Released as ‘After the Cutting’ with artwork from Kev Walker (with a clever nod to the band’s early albums) & written by Dennis Dread, the accompanying discs included demos, rarities, live & catalogue tracks, as well as all-new material, which then became known as the ‘Skullgrinder’ EP and subsequently receiving new artwork from Wes Benscoter.

Though not as active on the live front as in recent years, Autopsy’s time was spent well, when in 2017 the masters returned once more with a brutal little opus called ‘Puncturing the Grotesque’. A dirty, raw collection of new tracks contained in this EP, with cover art from Dennis Dread to tide eager fans over until their next full release was to appear on the horizon. The year was rounded out by a special limited 7” split release to mark 30 years of Peaceville with Autopsy covering a track by the old US death metal band, Bloodbath. 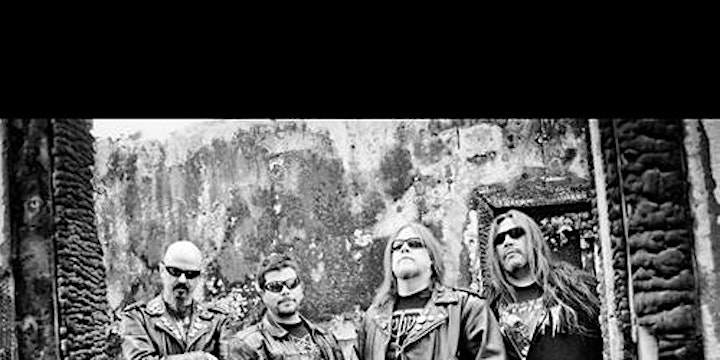